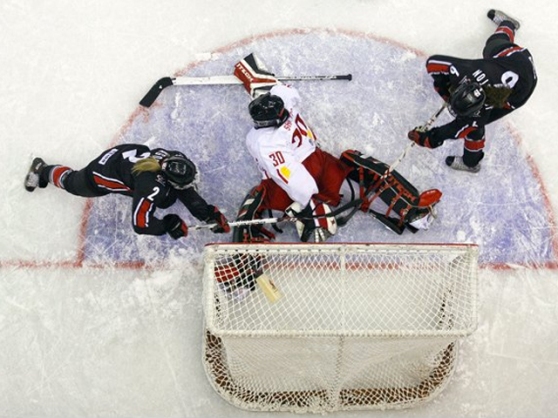 Canada finished atop Pool A with a 2-0 record and now will prepare for the qualifying round.

Botterill’s first goal came at 10:52 of the first period, giving her point No. 150 in her career. She becomes just the fourth player to reach that mark, joining Hayley Wickenheiser, Danielle Goyette and Jayna Hefford.

Canada got things started against China at 8:21 when Cherie Piper converted a pass from Wickenheiser. Botterill’s goal made it 2-0 and then Carla MacLeod made it 3-0 when she took a slap shot from the point that beat China’s Yao Shi.

Twenty-five seconds after MacLeod’s goal, Botterill sniped her second of the game.

Wickenheiser continued the scoring parade at 5:12 of the third to make it 8-0 and just over a minute later, Jayna Hefford made it 9-0. Wickenheiser later added her second of the game and Sarah Vaillancourt concluded the scoring.

Botterill, Piper and Wickenheiser each finished with four points, with Hefford and Vaillancourt having three-point nights.

Canada will now prepare for Wednesday’s game against Finland, the first for both teams in the three-team qualifying round. Canada faces Team USA on Thursday. The top two teams from the qualifying round will meet for Gold on Saturday 12 April.