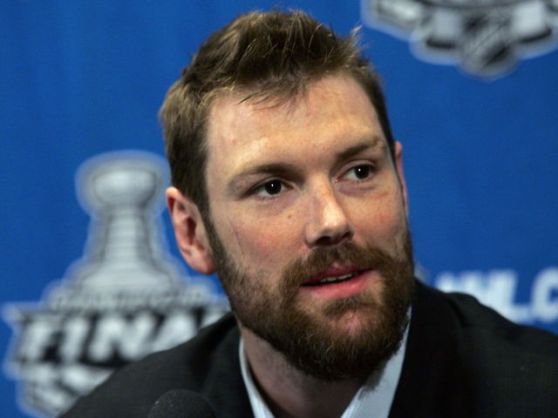 Defensive powerhouse Hal Gill, who won a Stanley Cup and a World Championship Bronze medal in his 16 year career, announced his retirement from the Philadelphia Flyers at the age of 40.

Gill, an eighth round draft pick of the Boston Bruins in 1993, spent four seasons in the NCAA with Providence College before his NHL debut, spending eight seasons in Boston before signing with Toronto for two seasons. Gill would play another two with Pittsburgh (who he won the Stanley Cup with in 2009), three years in Montréal, and two seasons with Nashville before his final season in Philadelphia. Gill was restricted to just six games in a Flyer uniform due to injury.

A native of Concord, Massachusetts, Gill brought his physical presence to the world stage with Team USA, suiting up for five World Championships (2000, 2001, 2004-06). Gill, who only got two assists in five Championships but amassed 50 penalty minutes, won a bronze at the 2004 Worlds in Prague over Slovakia.

Gill won the IHLC twice in his international career with the United States, first en route to his third-place finish in 2004, and again at the 2005 Worlds in Innsbruck. We wish Hal and his family the very best for his retirement and the things to come!