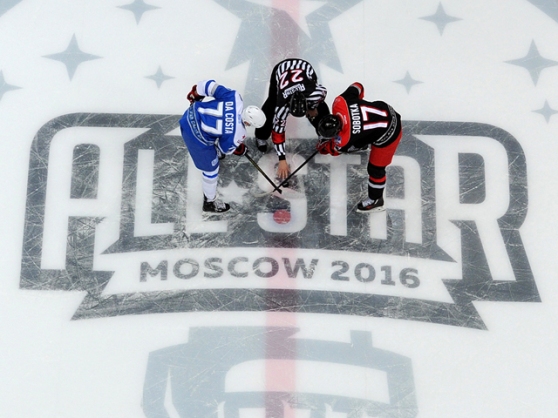 After overhauling their All-Star Game format to match that of the NHL’s, the Kontinental Hockey League today announced the rosters for all four divisions to partake in the 2017 KHL All Star Game, made up of a 4-on-4 tournament in Ufa, Russia on 22 January.

Like the NHL’s tournament that began in 2016, the winner of the Eastern (Bobrov vs. Tarasov) and Western (Kharlamov vs. Chernyshev) Conference divisional teams will face each other in a winner-take-all final. However, differing from the NHL is that these games are 4-on-4, and will only revert to NHL-style 3-on-3 if a game goes to overtime.

Similar to previous games, a fan vote determines the top four players for each division, with remaining spots filled in both by the media and the KHL, including one spot on each team reserved for junior players from the tier-two MHL.

From the perspective of the IHLC, there are players from six different countries playing in the game, seventeen of whom have held the IHLC at least once in their careers. Russia unsurprisingly leads the selections with 26 players, including star players (both professionally and internationally) Ilya Kovalchuk, Pavel Datsyuk and Sergei Mozyakin.

Bold denotes a player selected in fan vote. A star (*) denotes players that have held the International Hockey Lineal Championship at least once. Two stars (**) denotes a junior player promoted from the MHL. A strikethrough () through the player’s name denotes the player is injured and will be unable to play, replacements are listed below original selection.