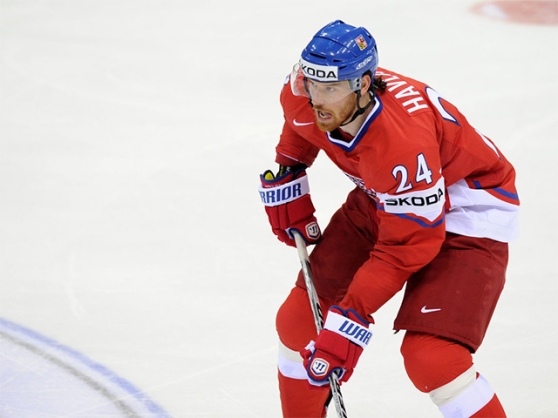 Speedy Czech forward Martin Havlát, after a 14-season NHL career hampered by injuries as of late, today announced his retirement from professional hockey at the age of 35.

Havlát, who was drafted 26th overall by Ottawa in the 1999 NHL Draft, emerged as a key offensive cog for the Senators, spending five seasons in Ottawa with three 20+ goal seasons. A trade to Chicago in 2006 surrounded Havlát with offensive weapons like Jonathan Toews and Patrick Kane, with his Blackhawk years garnering him an All-Star nomination in 2007. Havlát spent two seasons with Minnesota before being traded to San Jose, where his production began to dip due to injury, notching only 27 goals over three seasons as a Shark. Shorter stints in New Jersey and St. Louis were similarly cut short, prompting his early retirement.

It was with the Narodnitym where Havlát truly shone, bursting on to the scene as a rookie with the team at the 2000 World Championships that captured a second consecutive Gold medal. Havlát would suit up for the Worlds again in 2004 and 2011, along with the 2002 and 2010 Olympics and 2004 World Cup, bringing home an additional bronze medal in 2011, racking up a combined 74 points in 96 games played with the senior national team.

Havlát won his first IHLC during the Czech’s 2000 Gold Medal run, winning twice more at the 2002 Olympics and 2004 Worlds in Prague. We wish Martin and his family the very best for his retirement and the things to come!