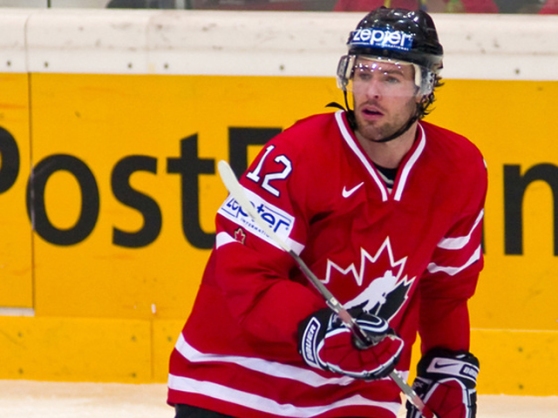 Canadian forward Mike Fisher, who captained the Nashville Predators to within two games of a Stanley Cup, announced his retirement from professional hockey after an 18 year career.

Fisher, a second round draft pick of the Ottawa Senators in 1998, joined the team in 1999, where he would spend the first eleven seasons of his career as an integral part of Ottawa’s offense, netting four 20+ goal seasons, and serving as assistant captain under Daniel Alfredsson. Fisher was traded to Nashville in 2011, where his veteran leadership helped turn the Predators into a perennial threat, the culmination of his efforts being named captain prior to the start of last season, and helping guide the team to the Finals, Fisher’s second, before falling to Pittsburgh. Fisher finishes his pro career with 807 points in 1088 career games, winning the NHL Foundation Player Award for community service in 2012.

Due to his NHL success, Fisher only actually played twice for Team Canada, at the 2005 and 2009 World Championships. Fisher notched two goals and six points in 18 games during the tournaments, winning silver medals at both tournaments in losses to Czechia and Russia. Only having played twice for Team Canada, Fisher only held the IHLC twice, both during the 2005 season against Team USA – once in the lead-up to the Worlds, and once during the tournament. We wish Mike and his family the very best for his retirement and the things to come!