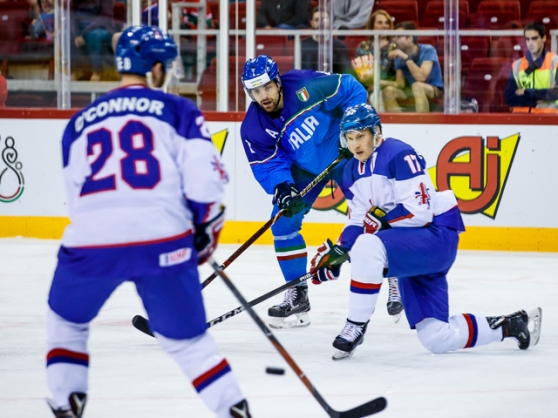 The Division IA World Championship tournament saw one expected and one very surprising participant both qualify for the 2019 World Championship top division in Slovakia, with Italy returning after a one-year absence, while Great Britain returns after a quarter century absence.

Entering the final day of competition, five of the six teams were still eligible to clinch, with a good possibility of the two promoted teams coming down to a four-way tiebreaker between Italy, Britain, Kazakhstan and Hungary, after Italy’s earlier victory over Slovenia eliminated the Risi from promotion. Italy will return to the Top Division after their last-place finish in 2017, continuing their ping-ponging theme of promotion and relegation that began in 2008; in the past decade, only once have they stayed in the same division for two consecutive years, staying in Division IA in 2015 and 2016.

The more remarkable story belongs though to the Brits, who qualify for their first Top Division since 1994, only a year after being promoted to Division IA. Their finale against Hungary, in front of a raucous Budapest crowd, appeared to be lost, meaning that Hungary and Kazakhstan would win on tiebreakers and gain promotion. But a 2-1 goal by Robert Dowd with 9:05 remaining, and the equalizer by Robert Farmer with just 15 seconds left in regulation, meant that Britain would gain at least one point, clinching them first in Division IA and booking their trip to Slovakia. This marks the second straight year with a spoiler clinching a spot in the Top Division, with South Korea clinching their first ever trip last year.

Our congratulations to the Azzurri for returning, and for the Lions on their historic and thrilling victory to return to the big show in 2019!