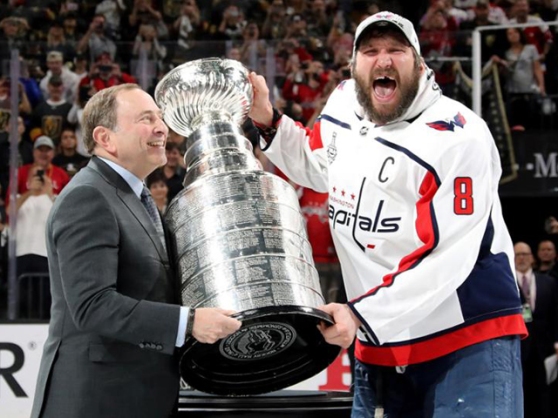 The Washington Capitals finally shook their reputation as playoff chokers, capturing the Stanley Cup over the Vegas Golden Knights with four straight wins in five games to win their first championship in team history.

The Capitals held on for a nail-biting Game Six victory in Las Vegas, with third period goals from Devante Smith-Pelly and Lars Eller silencing the T-Mobile Arena crowd with a late comeback. And despite Marc-André Fleury being pulled with over two minutes to go, and Washington failing to seal the win with an empty netter, Braden Holtby held the fort and ensured that the Capitals would hold on for the 4-3 win and their first ever Cup in franchise history.

This final was historic for a number of reasons, and that’s not just accounting for Vegas’ remarkable deep run to the Finals, or the fact that the Stanley Cup was awarded in the American southwest in 100+ degree weather. As a team, the Capitals became the first team to win each round after trailing in each series, and to win each series on the road.

The win also sees the first Russian to captain a team to the Cup (Alexander Ovechkin), the first ever Danish (Eller) and Australian (Nathan Walker) players to hoist the Cup, while goaltender Philipp Grubauer becomes just the fourth German to win the Cup. Coach Barry Trotz wins his first Cup after nearly two decades as a head coach, while Jay Beagle becomes the first player to be an ECHL, AHL and NHL champion.

Our congratulations go out to the players, management and fans of the Washington Capitals, with those on the roster that have also held the IHLC highlighted in bold: