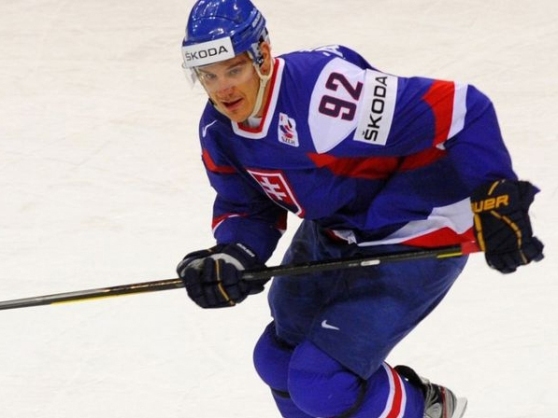 Slovak forward Branko Radivojevič, a key part of the Slovakian national team since the 2000 World Junior Championship, announced his retirement from hockey at age 38, after his club team, HK Dukla Trenčín, was eliminated from the Slovak Extraliga playoffs.

Radivojevič began his career in Trenčín with their Under-18 team, spending four seasons before jumping to North America after being drafted at #93 in the 1999 NHL Draft. Radivojevič joined the Phoenix Coyotes in 2001, spending seven seasons in the NHL with Phoenix, Philadelphia and Minnesota. Opting to join the KHL in 2008, Radivojevič spent three seasons with Spartak Moscow before bouncing the KHL in his next three, playing with Atlant Moscow, Nizhnekamsk and his native Slovan Bratislava, before rejoining the Slovak League in 2014. Radivojevič would split his final five seasons between the Slovak and Czech Leagues (with Liberec) before hanging it up, notching 120 NHL and 187 KHL career points, being named a two-time KHL All Star.

Joining the Repre with the junior team in 2000, Radivojevič joined the senior Slovak team at the 2003 World Championship, suiting up for six World Championships (2003, 2007, 2009, 2011-13), the 2004 World Cup, and the 2010 and 2014 Olympic Games, scoring 19 goals and 44 points in 104 international caps with the Slovaks. Radivojevič collected a bronze medal in his 2003 debut against border rivals Czechia, and was a key part of the Slovak team’s incredible silver medal run at the 2012 World Championships in Helsinki, only Slovakia’s fourth medal in Championship history, their first since 2003, and as of this writing, their most recent medal.

Over the course of his career, Radivojevič won the IHLC twice, once at the 2010 Olympics, and the other coming in Slovakia’s stretch leading to their 2012 World Championship silver. We wish Branko and his family the very best for his retirement and the things to come!