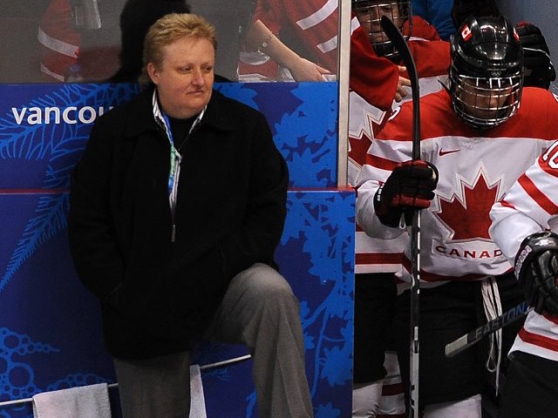 Melody Davidson, the Canadian management official who has helped to revolutionize women’s hockey and turn Canada into the international juggernaut they are, announced she will be leaving Hockey Canada, an organization she has been with since 1994.

Davidson had a brief career coaching at the collegiate level shortly after joining Hockey Canada, coaching the Edmonton Chimos of the original NWHL in 1996 before joining Connecticut College in 1997, coaching three seasons. She would later join Cornell University in 2002 for another three seasons, and then served as assistant coach to the Calgary Canucks of the AJHL from 2006-09.

Davidson also served as an IIHF Ambassador and Mentor, and was on the IIHF Female Committee for a decade, helping to develop the women’s game beyond North America, and is a member of the Canadian Olympic Hall of Fame, Alberta Sporrts Hall of Fame and Alberta Hockey Hall of Fame. Davidson won the Coach of the Year Award from the Coaches Association of Canada in 2010, and was honourable mention for the IOC Coaches Lifetime Achievement Award in 2019. We wish Melody and her family the very best for the next opportunity outside of hockey!