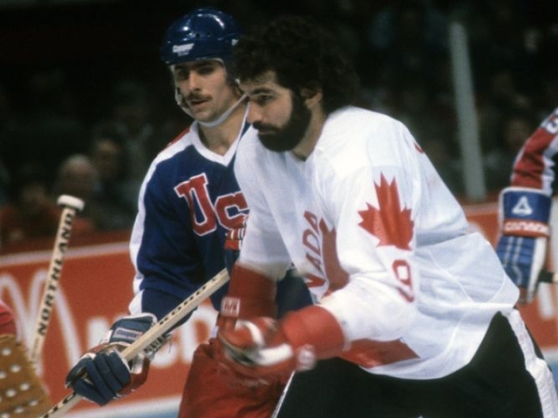 Clark Gillies, the Canadian enforcer and Hall of Famer who helped the New York Islanders to four straight Stanley Cups as part of their 1980’s dynasty, today sadly passed away at the age of 67.

The Islanders’ fourth overall pick of the 1974 NHL Draft, Gillies would spend all but two of his fourteen pro seasons on Long Island, where his toughness and scoring ability found him success in the “Trio Grande” line with Mike Bossy and Bryan Trottier, helping the Isles to four consecutive Stanley Cups from 1980-83. Gillies would also be a two-time NHL First All-Star, and was named to two NHL All-Star Games, including the 1979 Challenge Cup against the Soviet Union. Gillies was claimed on waivers by Buffalo in 1986, where he would play just a season and a half with the Sabres before retiring, ending his NHL career with 697 points and 1,023 penalty minutes in 958 career games, along with another 94 points and 287 PIM in 164 playoff games. Gillies had his #9 retired by the Islanders in 1996, and was named to the Hockey Hall of Fame in 2002.

Thanks to Gillies’ playoff successes, only missing the postseason once in his entire career, Gillies never appeared at the World Championships, only representing Canada once at the 1981 Canada Cup, where the lineup was stacked with teammates thanks to their immense success. Gillies notched seven points in seven games, including goals in Canada’s opening and closing games, in fact scoring Canada’s only goal in their 8-1 thrashing at the hands of the Soviet Union in the final.

Our condolences go out to the Gillies family, as well as the extended hockey community in his native Saskatchewan and across Canada, on the tragic loss of a Hall of Famer.