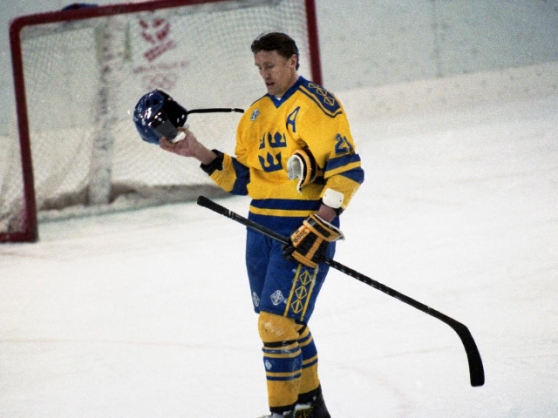 Less than two weeks after being honoured in front of his adopted hometown of Toronto, Börje Salming, the legendary Swedish defenceman who helped clear the path for European-trained players to star as professionals in the National Hockey League, today succumbed to ALS at the age of 71 in his native Sweden.

Spending six seasons in Sweden, split between Kiruna and Brynäs, Salming was scouted by the Toronto Maple Leafs, making his NHL debut as an undrafted player in 1973. Quickly dispensing of the stereotype that European players would be pushovers, Salming displayed a grit and toughness unlike any seen in the NHL up until that point, combined with a European finesse and style that made him one of the most unique players in the league. Salming would spend all but one of his seventeen NHL seasons with the Leafs, notching 787 points and 1344 penalty minutes in 1148 career NHL games between Toronto and Detroit. A fan favourite in Toronto, Salming helped trail-blaze not only the path for European-trained players to join the NHL, but helped to dispel the false assumptions that European players could not compete with the likes of Canadians and Americans in the NHL. A three-time NHL All-Star, Salming was the first European player inducted to the Hockey Hall of Fame in 1997, helping set the trail for the likes of Nicklas Lidström, Mats Sundin and Henrik Lundqvist.

A Kiruna native, Salming first joined the Juniorkronorna at the 1968 European Junior Championships, making his national team debut at the 1973 World Championships, capturing Bronze and Silver successively in his first two of three total appearances. Ineligible to play at the Worlds during his NHL career, Salming competed instead at both the 1976, 1981 and 1991 Canada Cups for Tre Kronor, famously getting a standing ovation in Toronto while playing for Canada’s opponent at the inaugural tournament. And after having returned to Sweden at the end of his NHL career, Salming became eligible to join the national Olympic team, making his lone Olympic appearance in Albertville at the 1992 Games, leading the tournament in points by a defender. Salming was named to the IIHF Hall of Fame in 1998, and was named to the IIHF’s Centennial All-Star Team in 2008, paired with Soviet defender Vyacheslav Fetisov.

Our condolences go out to the Salming family, as well as the extended hockey community in Toronto, Detroit and his native Sweden, on the tragic loss of a hockey warrior far too soon.