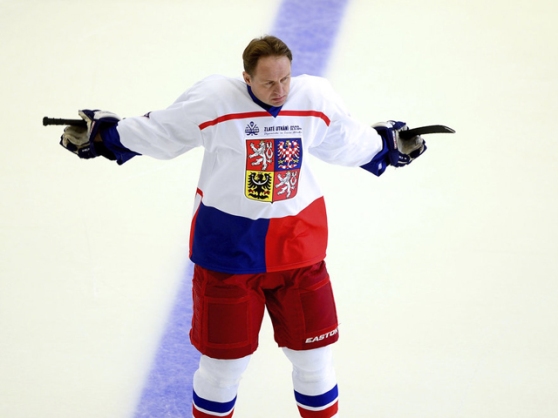 Czech forward Pavel Patera, who after an illustrious 24 year career all across European leagues, and highlighted by key stints with the Czech national team, has retired at the age of 43 after a final season captaining HC Olomouc.

Patera, a draft pick of the Dallas Stars who only played 32 games in the NHL, played the majority of his career in his native Czechia, serving 17 seasons with his hometown club HC Kladno, in addition to a two-year stint with HC Vsetín and his one-year stint with Olomouc. Patera also spent time in the Swedish League with AIK and Färjestad, and with Avangard Omsk of the Russian Superleague. Patera retires with championships from the Czech Extraliga (1999), Russian Superleague (2004) and Elitserien (2006).

Patera, who joined the national team in 1994, joined just in time for the Czech wave of Gold that began at the 1996 World Championships, and carried over to their stunning Gold medal at the 1998 Nagano Olympics, along with three consecutive Worlds Gold Medals from 1999-2001, captaining the 1999 team. Patera, who scored 48 goals in 197 international games for the Narodnitym, also captured World Championship Bronze in 1997 and 1998, ending his career playing in eight World Championships, two Olympics (1998 and 2002) and the 1996 World Cup Of Hockey.

Patera won his first IHLC with the incumbent champs heading into the 1995 World Championships, winning the title another dozen-plus times in his many appearances not just at the Worlds and Olympics, but playing with the Czech team in various incarnations of the Euro Hockey Tour, before leaving the national squad in 2004. We wish Pavel and his family the very best for his retirement!