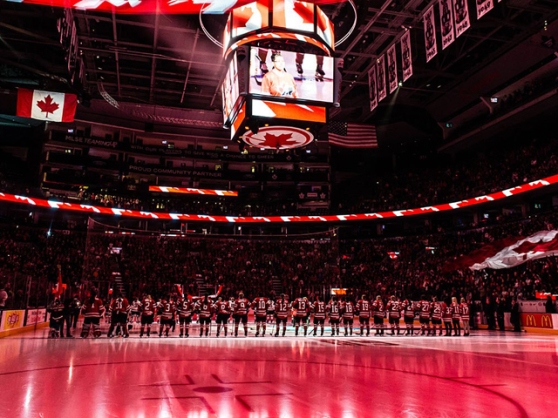 Host nation Canada will open up their tournament against the Czechs on 17 September, with the United States formally kicking off the tournament earlier in the day against the “Euro Stars” squad. Group B meets the next day, with Russia facing Sweden and Finland playing the Under-23 “Team North America” squad.

The top two teams in each group will advance to a Semifinal, with the winners playing in a Best-of-Three final reminiscent of early Canada Cup tournaments in 1976, 1984, 1987, 1991, as well as the first World Cup final in 1996. This final will crown the first champion since 2004, when Canada took the title at the Air Canada Centre, also the host of the 2016 tournament.

The tournament schedule is as follows (with non-IHLC eligible games listed in italics):

Depending on who leaves Moscow with the IHLC after the 2016 IIHF World Championships, the IHLC may not even make it to Toronto, particularly if a smaller European nation like Slovakia or Switzerland captures Gold. However, if this year’s Prague tournament is any indicator of the dominant nations who will be in competition, the IHLC will surely be back up for grabs at the World Cup for the first time in over a decade…and we can’t wait!