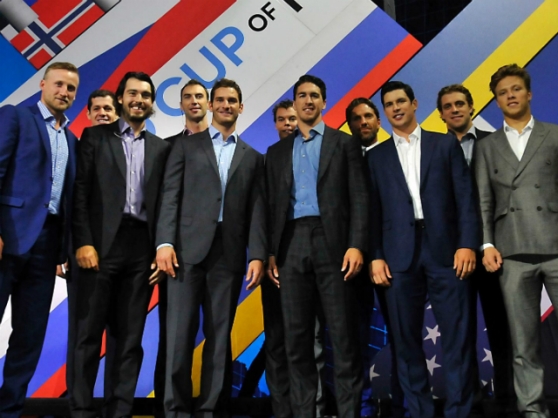 The exhibition schedule in advance of the 2016 World Cup in Toronto has been unveiled, with 12 games on tilt the week before the tournament in 10 cities across six nations on two continents.

Not surprisingly, the European squads (minus the “Team Europe” conglomerate) will train and start their exhibition series overseas, with Sweden-Finland and Czechia-Russia facing off in a home-and-home series before flying west to North America. The Europe and North America U23 team will play a pair of games in Montréal and Québec City, and the U.S. and host nation Canada play a home-and-home as well.

The final game for each team will be split between Pittsburgh and Washington, D.C., with each team playing a non-Group squad. Finland and the U.S. highlight the lone game on 13 September, with the intra-national squads playing the Czechs and Sweden on the 14th, with the series ending with a historic tilt of Canada vs. Russia in Pittsburgh, pitting Penguin teammates Sidney Crosby and Yevgeni Malkin against each other (along with Alexander Ovechkin to boot).

The exhibition schedule is as follows (with non-IHLC eligible games listed in italics):

In all likelihood, the winner of the 2016 World Championships will start this exhibition series with the International Hockey Lineal Championship – however, as the last two World Cups have shown, the exhibition games are rife with title changes leading into the big dance. The IHLC changed hands between the Czechs and Sweden before Russia wrested it away to start the formal tournament in 1996, while the United States edged out Canada in their first 2004 exhibition game, before losing two straight to the to-be undefeated Canadian squad. Just under nine months away until the fireworks begin!