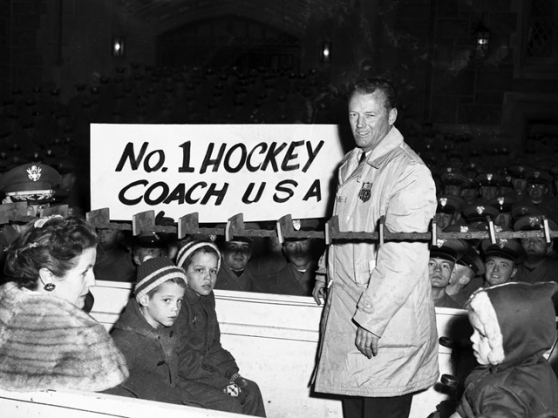 The man who guided the United States hockey team to its first ever Olympic Gold in “The Forgotten Miracle,” Jack Riley, has died in Cape Cod, Massachusetts at the age of 95.

Riley, who had a limited playing career before joining the 1949 World Championship team as a player-coach, joined the Army Black Knights as head coach in 1950, coaching Army for 36 years, amassing a record of 542-343-20. However, he is best known both famously for coaching the U.S. to their stunning Gold Medal victory in Olympic Valley, California at the 1960 Olympics, and infamously as the man that cut Herb Brooks from that roster, who would be behind the bench at the next American Gold victory 20 years later, highlighted by the legendary “Miracle On Ice.”

Our condolences go out to the Riley family, his former players with Army and USA Hockey, and the hockey world at large.