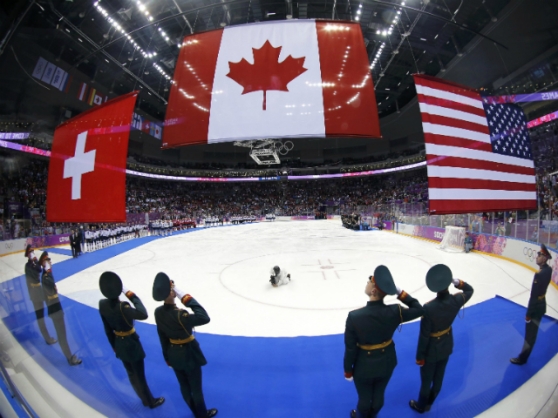 As a result of Switzerland’s stumble out of Group B and into the relegation round at the ongoing World Championships, Russia and Sweden locked up the final two spots available to qualify automatically for the women’s tournament at the 2018 Olympics in PyeongChang, Korea. They join Canada, the United States, Finland and hosts Korea, with the final two spots to be gained in a qualification tournament ending in February 2017.

While Canada and the United States were essentially guaranteed their passage to PyeongChang, and Korea gaining entry by virtue of hosting, there was some uncertainty over the remaining three spots available in Kamloops, as the remaining six teams at the World Championships were all essentially fair game, and within distance of qualifying automatically. While Japan has been a bubble team between the Elite Division and Division IA for years, the Swiss team represents a major fall since their bronze at the 2014 Sochi Games, not only missing this opportunity, but being pushed to the brink of relegation.

This marks the sixth Games for Canada, Team USA, Sweden and Finland, who have played in every tournament since 1998. Russia returns for their fifth tournament, playing at every Olympics since 2002. Korea will make their Olympic debuts in front of friendly crowds in Group B, after only entering IIHF competition in 2004 in Division IV. Canada is currently riding a four straight gold medal streak, winning each tournament since 2002, with the Americans winning the inaugural Gold in 1998.

While the first six squads are set, the final rankings and Groups will be determined once the World Championships wrap on 04 April. The Olympic tournament will follow the same format as the Worlds, with Group A’s top two teams advancing directly to the Semifinals, the bottom two Group A and top two Group B teams meeting in the Quarterfinals, and the bottom two Group B teams meeting in a classification game.

The final two Olympic qualifying spots will be played over a series of three tournaments, beginning in August and ending in February, with the winner of each Final Qualification group advancing to PyeongChang. It will certainly be an interesting final stretch to Korea in two short years!