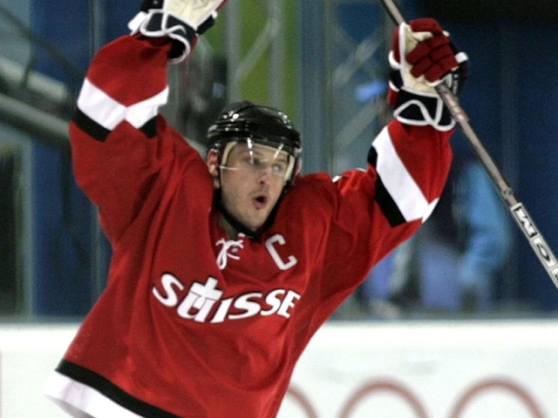 Mark Streit, a pioneer of Swiss hockey in North America, today announced his retirement from pro hockey after terminating a short-term contract with the Montreal Canadiens, ending an illustrious 22-year pro career as the all-time leading Swiss NHL scorer, and the first Swiss skater to win the Stanley Cup.

Streit, a native of Bern, started his pro career in nearby Fribourg of the Swiss National League in 1996, spending nearly a decade in his home nation, winning the National League championship in 2001 with the Zürich Lions. Streit joined the Montreal Canadiens in 2005, who drafted him in the ninth round in 2004. Streit was a surprising dominating presence on the blueline, spending three years in Montreal before joining the New York Islanders, becoming team captain in 2011, spending five seasons on Long Island. Streit joined Philadelphia in 2013, spending three and a half seasons before becoming a trade deadline acquisition of the Pittsburgh Penguins, where he helped lift the Penguins to their second straight Stanley Cup in 2017. Streit retires with 434 points in 786 games, both far and away the all-time lead for Swiss players.

Streit first joined the senior men’s team in 1998 Olympic Qualifiers after suiting up for the 1996 and 1997 World Junior Championships, playing in the first of thirteen World Championships in 1998. Streit would also play at four straight Olympics with the Eisgenossen as captain, and served as an alternate captain for the surprising Team Europe at the 2016 World Cup Of Hockey. Despite his near-constant presence with the national team, Streit surprisingly has never medaled in his international career, busy in the NHL playoffs during Switzerland’s only medal in the past 50 years, their surprising Silver finish at the 2013 World Championships.

Streit only won four IHLC titles over his long career, his first coming at the 1999 World Championships, with additional wins in 2001, 2004 and concluding a decade later, again at the World Championships. We wish Mark and his family the very best for his retirement and the things to come!