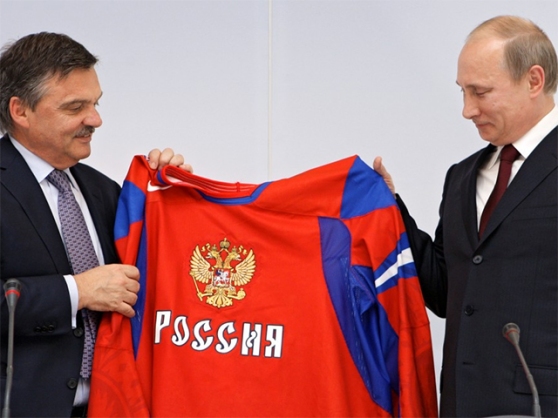 The International Olympic Committee today announced an outright ban on the Russian delegation at the upcoming Olympic Games this February in Pyeongchang, South Korea, although athletes that are cleared of a controversial state-sponsored doping program are allowed to participate under the Olympic flag.

The ban, instituted after reports showed that the Russian government sponsored a wide-reaching doping program, which saw its nexus at the 2014 Winter Olympics in Sochi, Russia, states that no Russian officials are allowed at the Games, the Russian flag is not to be flown, or the Russian national anthem is to be played under any circumstances. Cleared athletes not previously banned for doping will be able to compete as “Olympic Athletes of Russia,” under the Olympic flag and anthem.

The ban is the first of its kind in Olympic history, which has seen many boycotts, and many countries compete under neutral flags, but never on a scale like this and for reasons like this. The Russian government has vowed that their athletes will boycott the games outright, as many consider the idea of participating neutrally without the Russian title as being tantamount to treason against the Russian nation.

While this will have a sweeping impact on all of the sports at the Pyeongchang Games, and potentially even the 2020 Summer Olympics in Tokyo, the next Winter Games in 2022, and beyond, the implications for hockey are particularly interesting, both for the men and women’s tournaments:

From the perspective of the International Hockey Lineal Championship, there is now the possibility that Russia could ironically stop the IHLC from making it to Pyeongchang on the men’s side, as they are participating in the Channel One Cup next week, and if they leave the tournament with the title, it would no longer be in contention for the next event, the 2018 Olympics.

This bombshell announcement will surely have ramifications to the Olympic tournament and beyond in the coming days and weeks, which we will track here. However, the game has certainly changed just three months before the Opening Ceremonies in February, and the medal tables in Pyeongchang, for hockey and otherwise, will surely look very different when the Games begin.