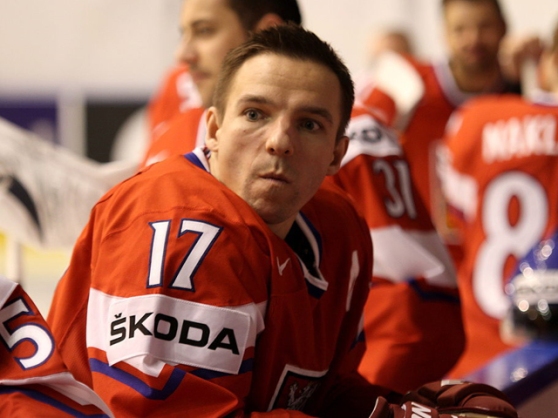 The Florida Panthers confirmed that Czech forward Radim Vrbata would sit out the Panthers’ season finale in Boston, putting his 17 season career to an end, with stops in Colorado, Carolina, Chicago, Phoenix, Tampa Bay, Vancouver and Florida, along with stints with Liberec and Mladá Boleslav of his native Czech league.

Vrbata, a seventh round draft pick of the Avalanche in the 1999 draft, joned the league in 2001, spending only parts of two seasons before being traded to Carolina. Vrbata spent three years in Carolina, with the 2004-05 lockout season spent with Bili Tygi Liberec, before being traded to Chicago in 2005. Vrbata was then traded two seasons later to the Coyotes, spending just a season each in Phoenix, Tampa, Mladá Boleslav and Liberec before rejoining the Coyotes in 2009, spending five seasons for the longest tenure of his career. Vrbata joined the Canucks as a free agent in 2014, citing the desire to play with the also just retired Sedin twins as the reason, spending two seasons before returning to Arizona in 2016 for the third and final time. Vrbata signed with Florida as a free agent for his final season, getting the opportunity to play with fellow countryman Jaromír Jágr in his final stint. He retires wiht 284 goals and 623 points in 1056 career games, a one-time all-star while with the Canucks.

Vrbata first joined the national junior team at the 2001 World Junior Championships, winning Gold in Moscow, and would rejoin the Narodnitym for four World Championships (2003, 2005, 2008 and 2013), where he would win another Gold at the 2005 Vienna Worlds, best known for being the only true “best on best” World Championships due to the 2004-05 NHL lockout, allowing all players around the world to join the tournament.

Despite playing in many international tournaments for the Czechs, Vrbata only won the IHLC three times, first in his World Junior Gold Medal victory in 2001, followed by wins at the 2003 and 2005 Worlds. We wish Radim and his family the very best for his retirement and the things to come!