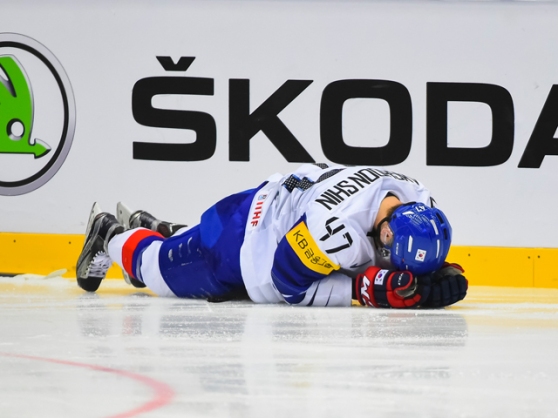 An expected team and a very unexpected team both clinched the unwanted spots of relegation to Division IA at the 2018 IIHF World Championship, with Sout Korea clinching the second relegation, after Belarus, with a day still remaining in group play at the tournament in Denmark.

Belarus represents the most surprising relegation, as the Bisons are sent down to Division IA for the first time since 2004. A 4-0 loss to Austria on Saturday put Belarus out of reach  with a game still remaining, but even that loss put Belarus with an 0-6 record, being outscored 29-4. Longtime head coach Dave Lewis was fired three games into the tournament, after a particularly stinging loss to Russia, but his replacement Sergei Pushkov did not fare any better. The win also means that Austria will stay in the Top Division for consecutive years for the first time since 2004-05, when they hosted the Worlds in Vienna and Innsbruck.

Korea, who stunned Division IA last year with a Cinderella run to qualify in the same year they hosted (and competed in) their first Olympics, are sent back down following a clinching defeat to Norway, 3-0, with the loser being locked into last place in the group. Korea, who was not expected to make much of a splash after failing to win on home ice in PyeongChang, was thrashed in Herning, going 0-7 and being outscored 48-4, suffering particularly brutal losses to Finland (8-1), Canada (10-0) and the United States (13-1). The win also avoids a potential epic collapse for Norway, who has not played in Division IA since 2005, staying in the Top Division ever since.

In Belarus’ and Korea’s’s place next year will be Italy, themselves looking to stay in the Top Division for consecutive years since 2007-08, and Great Britain, whose stunning last-minute heroics at this year’s Division IA tournament brings them back to the Top Division for the first time since 1994. Next year’s Division IA will be made up of Belarus and Korea, newly-promoted Lithuania, Hungary, Kazakhstan and Slovenia, in a host nation to be named at the upcoming IIHF Congress. With the usual suspect qualifiers now no longer the norm in the Top Division, what will happen at next year’s tournaments will be anyone’s guess!