From time to time, TheIHLC.com will feature detailed recaps and boxscores of some of the most legendary games in international hockey history, considered to be “IHLC Classics.” Today, in honour of Canada’s 151st birthday, we feature one of the most thrilling games in World Junior Championship history, the 2009 Semifinal that put Canada on the path to their fifth straight World Junior Gold Medal in Ottawa. 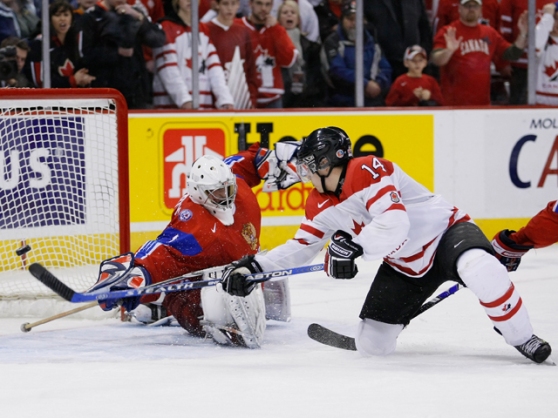 Canada’s drive for five is alive.

Jordan Eberle scored twice in regulation time, including the equalizer with five seconds left in the third period, and then had another goal in the shootout to pace Canada to a 6-5 triumph over Russia in Saturday’s semifinal at the 2009 IIHF World Junior Championship.
Continue reading →