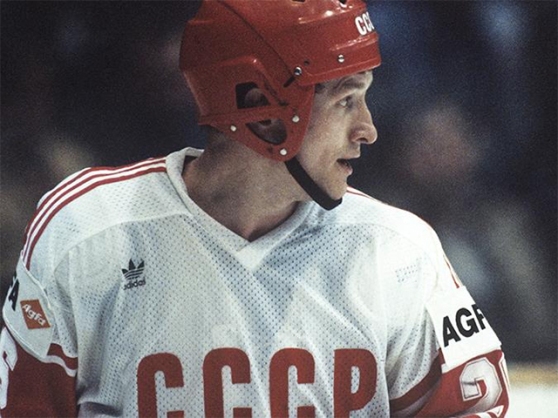 Alexander Skvortsov, a Soviet winger part of the Red Army juggernaut that dominated international hockey throughout the late 1970’s and 1980’s, passed away in Moscow on 04 February at the age of 65.

Skvortsov, a native of Gorky (now known as Nizhny Novgorod), spent all but four seasons (1972-89) of his pro career with his home club Torpedo, spending time in both Finland and Sweden after the fall of the Berlin Wall in 1989. Skvortsov was also a member of the Soviet All-Star team at the 1979 Challenge Cup, notching two assists to help the Red Army stun the NHL All-Star team assembled in New York City. Skvortsov would coach with Torpedo after his playing career ended in 1994, along with coaching stints in Khabarovsk and Sarov.

While Torpedo was never in the upper echelon of the Soviet league, it was his time with the national team where Skvortsov left his mark on hockey history. First joining the “test” squad sent to the 1976 Canada Cup, Skvortsov suited up with the “A” team for the 1979 World Championship, playing at four tournaments, collecting medals at them all (Gold 1979, 1981, 1983; Bronze 1985). Skvortsov also competed at the 1980 and 1984 Olympics, winning Silver and Gold respectively, as well as at the 1981 and 1984 Canada Cups, winning Gold at the former.

Our condolences go out to the Skvortsov family, as well as the extended Russian hockey community, on the sudden and loss of this star member of one of the most dominant dynasties in international hockey history.