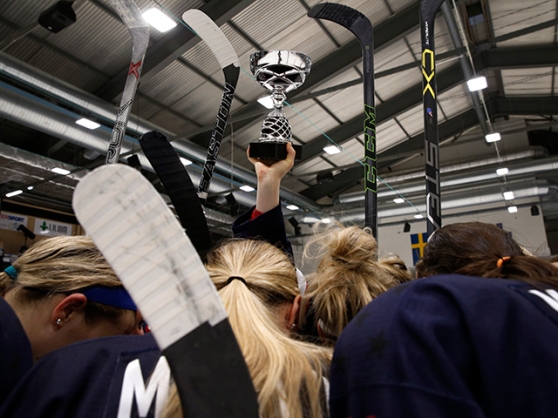 As schedules begin to trickle out for a truncated version of the 2020-21 international hockey calendar, the Swedish Ice Hockey Federation’s women’s calendar for 2020-21 does not feature theirs or Finland’s participation in the Four Nations Cup, which in all likelihood is scrapped due to the continuing impact of the COVID-19 pandemic.

The Swedish women’s team instead has on their calendar a three game exhibition series against their border rivals from Finland, set to take place on 2-8 November in Sundsvall, Sweden, which hosted the 2015 Four Nations Cup. If history is any guide, Finland would have been scheduled to next host the Four Nations Cup as part of a four year rotating calendar, after hosting in 2012 and 2016. However, Sweden may have been the intended host after their attempt to host the Cup in 2019 in Luleå was cancelled due to a player’s strike against the SIHF. Either way, neither candidate now will be hosting the tournament.

This almost certainly stems from the impact of the Canadian and American teams traveling to Scandinavia for the tournament in November, where the impact of COVID-19 has hit the United States particularly hard. With this series confirmed, it seems more likely that Canada and the U.S. will face off in the third year of the now-annual Rivalry Series, perhaps in a similar format as last year’s November series outside Pittsburgh that the two squads held in place of the cancelled Four Nations Cup. However, whether one team wants to travel (and potentially quarantine) to the other nation remains to be seen.

What may also be up in the air is if closer to the tournament, whether the Naisleijonat wants to venture into Sweden, which as of this writing has over ten times as many confirmed cases of COVID-19 than Finland. Sweden, who famously attempted a more lax approach to COVID-19 in an attempt for national herd immunity, is now dealing with a larger spread, and has seen over 5,000 deaths, while Finland has only had over 300. While the travel restrictions are not as much of a problem for the cross-border rivals, whether Finland wants to go to Sundsvall in November is another story.

In all likelihood, it seems that most international clubs will choose to stick close to their home base, at least getting in some training matches in advance of the rescheduled 2021 Women’s World Championships in Nova Scotia, Canada next April. Like the 2019-20 season, this then means that the IHLC will stay exclusively in North America, with the United States and Canada likely to battle it out repeatedly to take back control of the title.