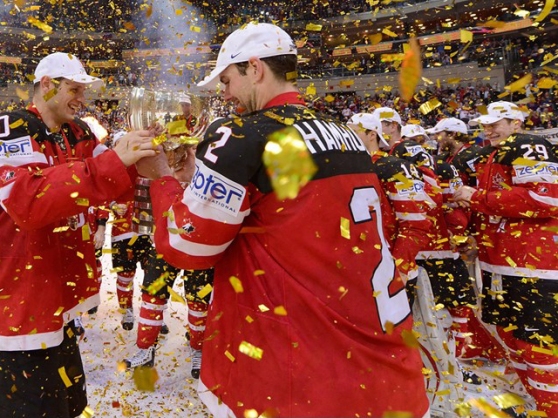 Canadian defender Dan Hamhuis today announced his retirement from pro hockey at the age of 37, following his Nashville Predators’ elimination from the NHL Stanley Cup Playoffs bubble in Edmonton.

The #12 pick of Nashville in the 2001 NHL Draft, Hamhuis first joined the Preds full time in 2003, spending his first six seasons in The Music City. A British Columbia native, Hamhuis joined his childhood favourites, the Vancouver Canucks, in 2010, and was a key cog in the Canucks’ 2011 playoff run, making it within one game of the Stanley Cup. Hamhuis would spend another five seasons in Vancouver, leaving to join the Dallas Stars in free agency in 2016 for two seasons. Hamhuis would return to Nashville after an eight year delay, signing in 2018 for his final two seasons. After sixteen pro seasons, Hamhuis retires with 356 points in 1148 career games, along with another 68 games and 21 points in the postseason.

Hamhuis first played for Canada at the 2001 World Juniors, winning bronze before returning to win Silver the following year. Hamhuis joined the senior men’s team in 2006 at the World Championships, his first of four straight and six total (2006-09, 2013, 2015), seeing him amass a pair of Gold (2007, 2015) and Silver (2008, 2009) medals. After being one of the final cuts for the 2010 Vancouver Olympic Team, Hamhuis was added to Team Canada for the 2014 Games, playing in five games en route to Olympic Gold over Sweden.

Over the course of his 15-year national team career, Hamhuis racked up six total IHLC wins, with his first coming in the lead-up to the 2001 World Juniors, and his last en route to his final World Championship Gold in 2015. We wish Dan and his family the very best for his retirement and the things to come!