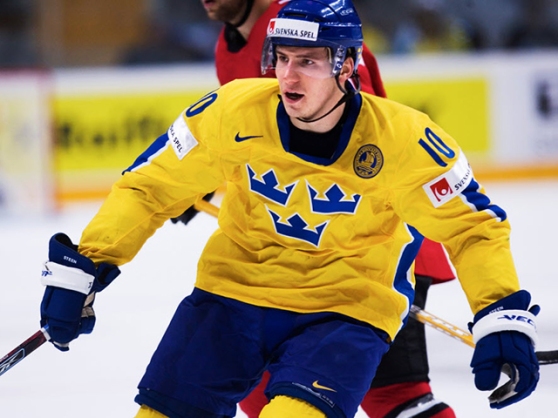 Due to a major degenerative lumbar issue stemming from a back injury sustained in the 2019-20 NHL season, Swedish-Canadian forward Alexander Steen today announced his retirement from pro hockey, leaving the St. Louis Blues at age 36.

Steen, the son of breakthrough Swedish NHL star Thomas Steen, was a first round draft pick of the Toronto Maple Leafs in 2002, where he spent his first four pro seasons after spending his development years with Frölunda and MODO in the Swedish League. Steen was part of an early season trade in 2008 to the Blues, where he would spend his final 12 seasons, serving as alternate captain for the last decade of his career. Steen, who retires with 245 goals and 622 points in 1018 career NHL games, along with 36 playoff points in 91 games, reached his career pinnacle with the Blues in 2019, capturing his first and only Stanley Cup title.

Despite being born in Winnipeg by virtue of his father’s career, Steen spent his entire international career with Tre Kronor, debuting with their U-16 team in 2000 and playing at the 2003 and 2004 World Junior Championships. Due to his professional success in North America, Steen would only suit up for Tre Kronor at two senior tournaments, a fourth place finish at the 2007 World Championships, and at the 2014 Olympic Games in Sochi, where he would capture Silver, his only international medal. Steen was named to Team Sweden at the 2016 World Cup Of Hockey, but was forced to withdraw due to injury.

With Sweden not being the World Junior powerhouse they are now in Steen’s time, Steen only won the IHLC once, in the lead-up to his only Worlds in April 2007. We wish Alexander and his family the very best for his retirement and the things to come!