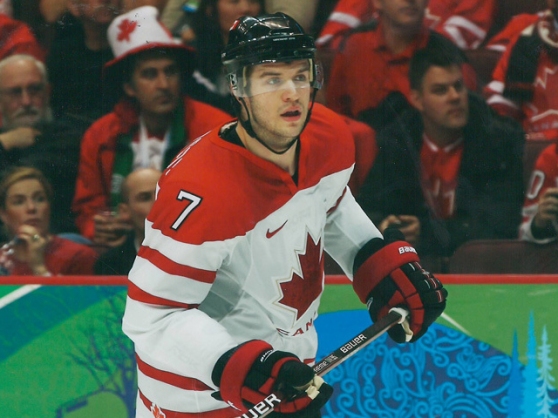 After a multitude of injuries, including surgeries on a shoulder and both hips, today Canadian defender Brent Seabrook announced his injuries will force him into retirement at the age of 35, ending his illustrious career with the Chicago Blackhawks, spanning fifteen seasons, three Stanley Cups and World Junior and Olympic Gold.

The 14th overall pick of the Chicago Blackhawks in 2003, Seabrook would spend his entire fifteen-year career in the Windy City, debuting in 2005 and shoring up the Blackhawks’ defence, often paired with Duncan Keith to form the anchor of Chicago’s back end. Seabrook was instrumental in Chicago’s long-awaited playoff return in 2009, and their eventual Stanley Cup victory in 2010, Chicago’s first title in 49 years. Seabrook would play an even more instrumental role in Chicago’s next Cup run in 2013, scoring two overtime winners (including in a Game 7), leading Chicago to their second Stanley Cup in four seasons. Seabrook would win one more Cup with the Hawks in 2015, the year he was also named to his lone All-Star Game. However, a lingering hip injury that held Seabrook to just 32 games in the 2019-20 season, and none in the current season, has forced him into retirement just shy of his 36th birthday. He retires with 464 points in 1,114 career games, along with 59 points in 123 career playoff games.

A native of Richmond, British Columbia, Seabrook first joined Team Canada’s Under-18 team, winning Gold in 2003, before joining the Under-20 World Junior team for the 2004 and 2005 World Championships, winning Silver at the former and Gold at the latter. Due to Chicago’s playoff success over his career, he only suited up for one senior World Championship in 2006, finishing fourth, but was named to Canada’s 2010 Olympic squad in Vancouver, where he recorded one assist in seven games to win a thrilling Olympic Gold on home ice in his native province. This marked his final appearance for Team Canada, as he was infamously snubbed from the 2014 Sochi squad four years later.

Seabrook would only capture the IHLC twice in his career, as Canada’s 2005 World Junior win saw the IHLC break away from the medal round by Belarus. He first won at the 2006 World Championship, with his second and final coming in the Olympic Semifinal en route to Gold in 2010. We wish Brent and his family the very best for his retirement and the things to come!