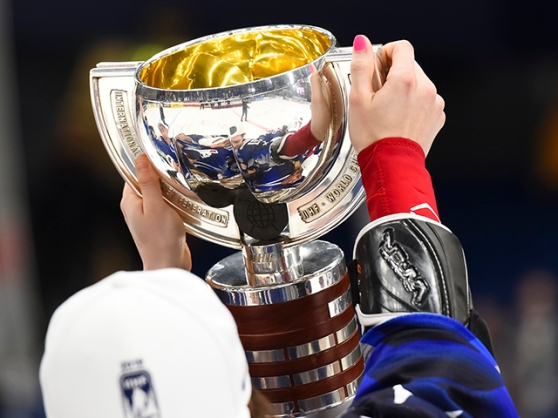 After having to delay for a year following the 2019-20 outbreak of the COVID-19 virus across the world, and delaying another month to meet Canadian quarantine protocols, today the IIHF announced the schedule for the 2021 IIHF Women’s World Championship in Halifax and Truro, Nova Scotia, Canada, who will host after postponing the 2020 edition of the tournament.

Group A, which will meet in Halifax, sees the 2019 finalists, the United States and Finland, joined by hosts Canada, who were unceremoniously slotted into the 2019 bronze medal game by an upstart Finnish squad, the Russian Olympic Committee and Switzerland. The trio of Canada, the U.S. and Finland will all be coming into Halifax hungry – the Americans hungry for their sixth straight world title (which would tie them with Canada for the most all time), the Naisleijonat hungry to win their first title ever, especially after their heartbreaking 2019 silver on home ice, and the Canadians hungry to redeem their disappointing 2019 finish in front of a raucous (but socially distanced) home crowd and win their first crown since 2012. Russia and Switzerland will surely be looking to make a splash as well, but are far less likely to do so with aforementioned trio looking to set the bar high in 2021.

Group B, which will play in Truro, will feature a trio of surprising squads from the 2019 tournament in Japan, Czechia and Germany, along with the two newly-promoted teams, Denmark and Hungary. While none of the Group B teams made it past the 2019 Quarterfinals, each team held their own against the World’s best. With Sweden shockingly out of the picture, the group is anyone’s for the taking, and each team will be looking to make a big impact. Denmark, in the tournament for only the second time and the first since 1992, and Hungary, who has never been in the Top Division, will both simply be not just to survive, but perhaps delegate a new team to be 2021’s version of the Damkronorna.

Unless there are pre-tournament exhibition games to take place before 06 May, the IHLC will likely be brought in by the incumbent champions (and defending world champion) United States, who will have their first competition (and any top-level international women’s competition) since February 2020, following the cancellation of two Four Nations Cups and the 2020 World Championships.