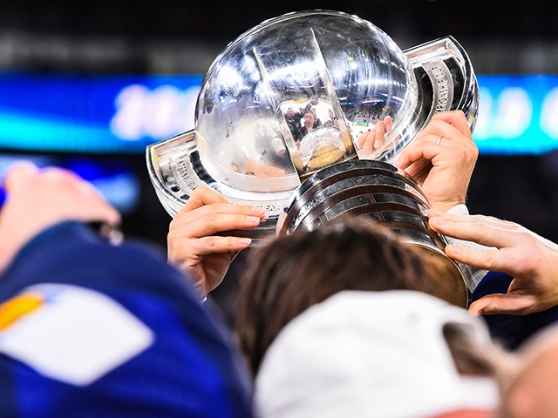 The schedule for the 2023 IIHF World Championship was today announced for the tournament taking place in Tampere, Finland and Rīga, Latvia, with the two previous Worlds hosts stepping in to replace Saint Petersburg, Russia as the hosts, who were stripped as hosts after Russia was banned from IIHF competition for their continued invasion of Ukraine.

Group A, which will meet in Tampere, sees World Champions and hosts Finland defending their title against fellow Scandinavian rivals Sweden and Denmark, along with the United States, Germany, France, Austria and Hungary. The Leijonat are the heavy favourites to repeat as champions for the first time in team history, and for the third time in the past five years, but the Americans and Swedes will be the biggest obstacles in their way. Middle-pack squads like Germany and Denmark will look as always to eke out a spot in the quarterfinals, while recently-promoted Hungary will look to avoid relegation back to Division IA, likely fighting it out with Austria and France to round out the group.

Group B, which will play in Rīga, sees hosts Latvia taking on defending Silver medalist Canada, along with Czechia, Switzerland, Norway, Slovakia, Slovenia and Kazakhstan. This group will likely come down to Canada and the Czechs, who wrap the group round head-to-head on 23 May, fighting it out for the top of the group, with the Latvians and their raucous fans hoping to push their team into the elimination round. Squads like the Slovaks and Swiss will be fighting for the remaining spots to the medal round, while the fight to prevent relegation will likely fall between Norway, Kazakhstan and Slovenia, promoted from Division IA in 2022.

The IHLC champion by May 2023 will be known by April, whether the winner emerges from the Euro Hockey Tour or Challenge. Whether it is hosts Finland entering the tournament on home ice with the IHLC for the first time since 2003, last year’s incumbents, Czechia, or another contender, it should make for some exciting hockey next spring!