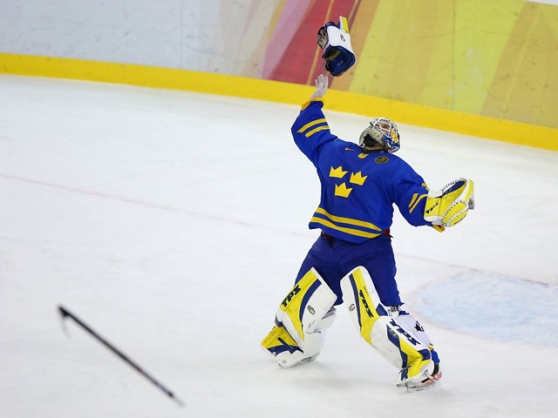 The hockey world changed most dramatically and recently in the 1990s. First, the Soviet Union crumbled, after which Czechoslovakia split in two, and then NHLers started to compete at the Olympics. The result produced an astounding parity among the top teams. Consider that the “Canadian era” lasted from 1920 to 1961 and the “Soviet era” from 1962 to 1990.

That is, these countries dominated those periods of time in a way that is unimaginable today.

The “modern Olympics”, as it were, have produced a series of winners. Russia, in literally the days immediately following the Soviet Union, won the 1992 Olympic gold. Two years later, Sweden won. In 1998, it was the Czech Republic, and four years later it was Canada. Thus, there was only one certainty during the build-up to the 2006 Olympics in Turin – nothing was certain.

In truth, Canada must have been considered the odds-on favourite. After all, it was the defending champion, and in Turin, the same executives and staff were in place as four years earlier. However, all of the other “Big Seven” teams could surely have been considered possible winners. Yet, it was Sweden, coached by Bengt-Åke Gustafsson, that rose to the challenge to defeat all comers, even though it was by no means the best team in the round robin.

In fact, Tre Kronor won three times and lost twice in the preliminary round. The first loss was a convincing 5-0 win by the Russians and the second a somewhat tainted 3-0 loss to Slovakia. This latter loss created controversy because Sweden’s team knew going into the game that if it lost it would play Switzerland in the quarter-finals; if it won, it would likely face Canada.

The result produced the quarter-final matchup the Swedes wanted, and they made no mistake with the advantage, beating the Swiss easily, 6-2. In the semi-finals, they hammered a top-notch Czech team, 7-3, and in the finals they defeated geographic rivals Finland, 3-2, on a goal by Nicklas Lidström after only ten seconds of the third period.

Three months later, Tre Kronor played stifling defence and beat the Czech Republic 4-0 to win the 2006 World Championship. For the first time in international hockey history, a team had won both the Olympic and World Championship gold in the same season. The eight men who can claim as much are Henrik Zetterberg, Jörgen Jönsson, Kenny Jönsson, Niklas Kronwall, Mika Hannula, Mikael Samuelsson, Ronnie Sundin, and backup goalie Stefan Liv. This might well be a record for success that goes unmatched for decades.