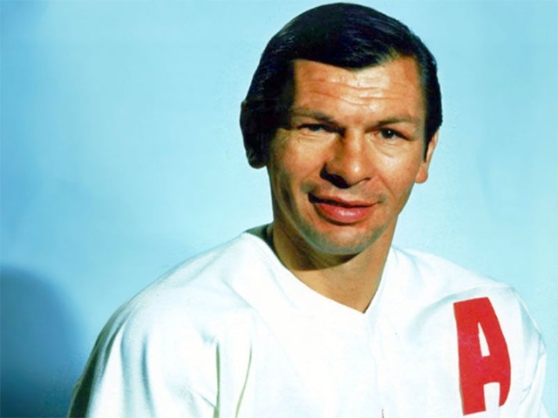 Chicago Blackhawks legend Stan Mikita, who revolutionized both the way hockey was played and how European players entered the professional North American ranks, passed away today at the age of 78.

Joining the Blackhawks the season prior to their surprising 1961 Stanley Cup victory, Mikita quickly became a renowned forward known for his skill and power, centering “The Golden Jet” Bobby Hull to become one of the most powerful one-two combos in the NHL. Mikita led the league in scoring four times in five seasons, with his innovative curved stick changing the dynamics of the game forever. By the time he retired in 1980 after 22 seasons, all in Chicago, Mikita left the game with two Hart Trophies, four Art Ross Trophies and two Lady Byng Memorial Trophies, becoming the only player in history to win all three in a single year, doing so twice in 1967 and 1968. He was a nine-time All-Star, 1961 Stanley Cup champion, retired with 541 goals and 1467 points in 1394 career games, was named to the Hockey Hall of Fame in 1983, and was named in the NHL 100 for the NHL’s centennial in 2017.

While NHL stars typically did not play internationally in Mikita’s era, he presented a unique case leading up to the 1972 Summit Series, in that while he was raised in Canada, he was a Czechoslovakian national, born east of the Iron Curtain as Stanislav Guoth in Sokolče (in modern Slovakia) before fleeing to live with his aunt and uncle in Canada. Despite this, Mikita was named an alternate captain of Team Canada and played in Games Two and Three of the Summit Series (missing the rest of the series due to injury), and served as honourary captain during the team’s exhibition match in Prague, his first time back to his birthplace since escaping the Communist regime in 1948.

Only playing once internationally, Mikita only held the IHLC twice, winning the title in Game Two of the Series and regaining the title by playing in the aforementioned Prague exhibition game, after Canada won the title back from the Soviets in Game Six. Our condolences go out to the Mikita family, as well as the extended hockey community in Chicago, Canada and Slovakia, on the passing of this legendary star.