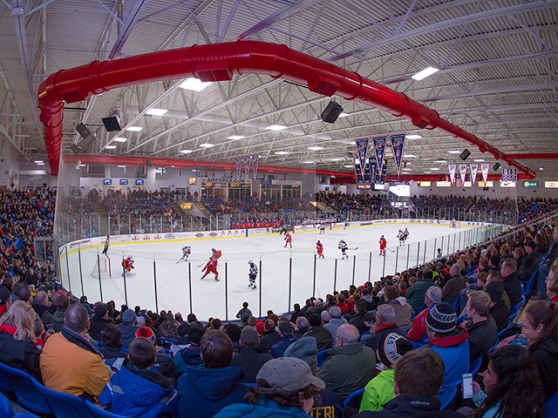 Despite tournaments being cancelled left and right due to the COVID-19 pandemic, USA Hockey has confirmed that they plan on hosting the 2020 World Junior Summer Showcase in Plymouth, Michigan this summer, although Hockey Canada has already confirmed they will not be attending.

The tournament, tentatively set for 24 July to 01 August, would then only host the United States, Sweden and Finland, returning to the USA Hockey Arena after hosting the tournament in 2017 and 2019. USA Hockey noted that due to global travel restrictions, and the fact that Sweden and Finland have taken drastically different approaches to quarantine (despite being neighouring countries) that the tournament may change, and current restrictions in the state of Michigan mean that the tournament could very easily be moved (either geographically or by date), or cancelled outright.

UPDATE 16 June: USA Hockey has now confirmed that Sweden and Finland will not be attending as well, and the camp will only be intra-squad games between fellow USA Hockey players. Hockey Canada has announced a similar tournament for the Canadian team.

The desire to host such a tournament is understandable, especially as junior and pro scouts were deprived of the opportunity to scout top prospects with the cancellation of seasons both in top European leagues, as well as the Canadian Hockey League suspending their playoff season, including the 2020 Memorial Cup. This would be the first time since either club regular seasons or the 2020 World Junior Championship in Ostrava that scouts will be able to assess junior hockey talent from across the globe.

However, the absence of Canada, the defending World Junior champions (and holders of the International Hockey Lineal Championship) is major, as they are a regular participant and biannual host of the tournament. However, due both to travel restrictions across the American border in place, and Hockey Canada’s suspension of all hockey activities until further notice, Hockey Canada has confirmed they will not participate in the tournament. This will mean that the IHLC will likely not be defended then until December 2020, in a pre-tournament exhibition game before the 2021 World Juniors begin on 26 December, marking the first time since 2009 that a whole calendar year has gone between IHLC defences.

Whether this tournament goes forward, either as scheduled or at a different date or location, if in front of fans, or even if at all, of course remains to be seen due to the fluidity of the pandemic. But with the NHL and KHL already scheduling their returns, the preparations in the lead-up to the 2021 World Junior Championship is already underway.