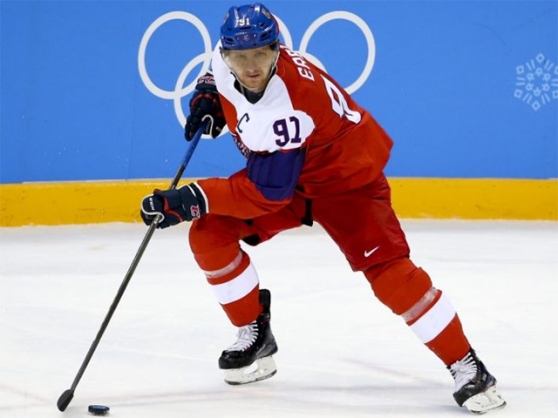 Czech winger Martin Erat, who spent twenty years professionally in the NHL, KHL and Czech leagues, as well as representing the Narodnitym many times, today announced his retirement from his final club, HC Kometa Brno.

Erat, a seventh round draft pick of the newly-formed Nashville Predators in 1999, joined the NHL in 2001, quickly setting many Predator rookie records. Erat would remain a consistent Predator for his 11 seasons there, making his way to the top line and being a consistent  scorer. In 2013, he was traded to Washington for prospect Filip Forsberg, widely seen as one of the worst trades in NHL history for the Capitals, as he only spent two seasons in Washington as a regular bottom-line player. Erat was traded to the Coyotes, where he spent two seasons before returning to Europe, joining Avangard Omsk for one season before spending his final three years with Kometa. Erat helped Kometa win their first Extraliga championship in 51 seasons in 2017, winning a back-to-back title again in 2018.

Erat first joined the national team at the 2001 World Juniors, winning Gold in Moscow. Erat joined the senior team in 2005, playing at both his first World Championship and Olympics in 2006, winning Silver at the former and Bronze at the latter. Erat would play at another three World Championships (2008, 2012, 2015) and three Olympics (2010, 2014, 2018) apiece, winning another World Championship Bronze in 2012, and captaining the squad at his final international appearance for the 2018 PyeongChang Games.

Despite his many appearances with the national team, Erat surprisingly only won the IHLC twice, first being his World Juniors Gold in 2001, with the only other victory at the 2006 Turin Olympics. We wish Martin and his family the very best for his retirement and the things to come!