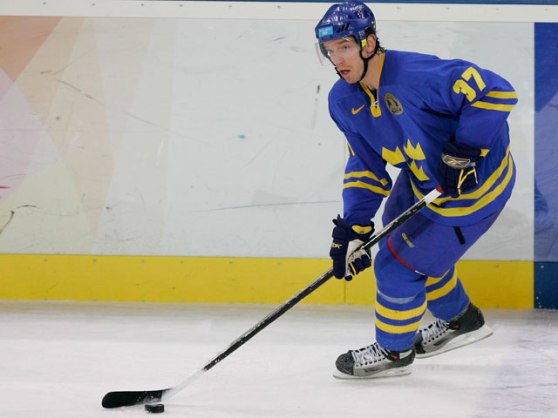 Swedish forward Mikael Samuelsson, who held a nearly perfect international playing record and joined the elite Triple Gold Club in 2008 with the Detroit Red Wings, announced his retirement from pro hockey at the age of 38.

Samuelsson, who began his pro career in the Swedish Elite League with stints in Södertälje, Nyköping, Frölunda and Brynäs, came to North America after being drafted by the San Jose Sharks in 1998, but wastraded to the New York Rangers before ever donning a Shark jersey. Samuelsson spent his early NHL career bouncing from team to team, used as trade bait in moves to Pittsburgh and Florida, before being recruited by the Detroit Red Wings following the 2005 lockout. Samuelsson thrived in the Motor City, posting multiple 40+ point seasons and winning the Stanley Cup in 2008. Samuelsson spent three seasons in Vancouver with high point production, but with lingering injury issues catching up, short return seasons in Detroit, Florida and Djurgårdens back in Sweden spelled an end to his career after 20 seasons in the pros.

Always seeming to thrive when surrounded by fellow members of Tre Kronor, Samuelsson first suited up for his country at the 2005 World Championships, just missing out on a bronze medal. But it was 2006 where Samuelsson was part of Sweden’s historic “double gold” teams, winning Gold both at the Turin Olympics and the Rīga World Championships, which paired with his Stanley Cup two years later made Samuelsson the 22nd member (and ninth Swede) in the Triple Gold Club. However, his relationship with the national team became strained after he made derogatory comments against them when snubbed from the 2010 Olympic roster, and he never played for Tre Kronor after 2006.

Samuelsson also has a 100% IHLC record in international tournaments, winning the IHLC from Canada at the 2005 Worlds, and then as part of Sweden’s Gold medal streaks both at the 2006 Olympics and World Championships. We wish Mikael and his family the very best for his retirement and the things to come!