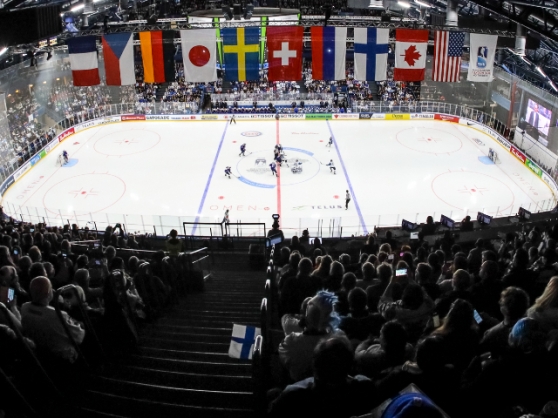 Following an eighteen month delay of no major international women’s hockey thanks to the COVID-19 pandemic, which saw one World Championships cancelled and another delayed, the puck is finally set to drop on the 2021 IIHF Women’s World Championship, the twentieth edition of the tournament, in Calgary, Alberta, Canada, bringing the world’s top ten women’s nations in their first major competition since early 2020.

Following the dramatic conclusion of the 2019 Worlds, which saw Finland nearly pull off the biggest upset in women’s hockey history on home ice before their overtime goal was controversially called back, leading to a U.S. comeback in the shootout, expectations for this tournament are sky-high, while what to expect is really anyone’s guess. In the two and a half years since those Worlds, a number of the game’s biggest names (such as Meghan Duggan, Noora Räty, Haley Irwin or the Lamoureux twins) have stepped away from the game or will not participate in Calgary, and teams have not played in meaningful competition since the beginning of 2020.

Team USA comes in as the favourite, looking to win their sixth straight World title dating back to 2013, with a less resistant path than what they faced from the Naisleijonat. The Finns will try to replicate their magical run from Espoo again, but without Räty between the pipes, this may be an insurmountable task, while Team Canada will look to use home ice advantage (albeit without fans in attendance) to win their first World Championship since 2012. While it was usually a given that the Gold Medal Game would be a Canada-USA final since the tournament began in 1990, this is no longer the case, so look for two of these three teams to meet in the final – but which two remains a mystery.

Other squads looking to make a splash will be Switzerland and the Russian Olympic Committee, while dark horses from Group B (which includes Japan, Germany, Czechia, along with newly promoted Denmark and Hungary) looking to build on their programs without the threat of relegation looming, a condition removed thanks to lower tournaments being cancelled due to COVID-19 travel restrictions. All teams will be looking to improve in the lead-up to the 2022 Beijing Olympics, now just six months away, with Calgary acting as the final tuneup (short of some potential exhibition games this winter) before Team USA looks to defend their 2018 PyeongChang Gold.

From the perspective of the IHLC, a few interesting facts related to this year’s Women’s World Championship, starting on 20 August:
– the United States enters as incumbent IHLC champions for the first time since 2016, and for the sixth time in tournament history (2001, 2004, 2011, 2013, 2016, 2021)
– after meeting in 18 consecutive Gold Medal finals, 2019 saw the first final that was not Team USA vs. Team Canada, with Finland upsetting Canada to make the final
– Finland looks to return to the Gold Medal Game after their stunning Silver finish in 2019, while Canada looks to return to the Gold Medal Game on home ice after settling for their first Bronze ever
– Team USA has won the last four World Championships in the lead-up to the Olympics (2005, 2009, 2013, 2017), while Canada has won just two (1997, 2001); each country has only won one Olympic Gold following a World Championship (United States in 2018, Canada in 2002)
– this is the first time the World Championship will be hosted in the province of Alberta, and just the second time (after 2016) to be hosted in Western Canada, which saw the United States win their third straight Gold Medal
– this is Canada’s eighth time hosting overall, with Canada winning five straight Golds on home ice (1990, 1997, 2000, 2004, 2007), and Team USA winning the last two on Canadian soil (2013, 2016)
– this year’s tournament sees the debut of Hungary at the Top Division, after their debut in Division B in 2000; Denmark also returns to the Top Division for the first time since 2000