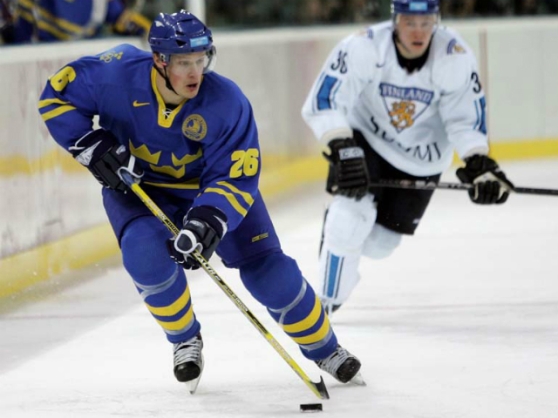 Swedish defensive centre Samuel “Sammy” Påhlsson today announced his retirement from professional hockey at the age of 37, after returning to Sweden to captain his first team, MODO, capping a 20 year pro career in Boston, Anaheim, Chicago, Columbus, Vancouver, along with MODO and Frölunda of the Swedish League.

Påhlsson began his career with MODO, joining the team from their junior squad in 1994, spending six seasons in Sweden before jumping to the NHL, where he was drafted in 1996 for the Colorado Avalanche. Påhlsson debuted with the Boston Bruins in 2000, playing just 17 games before a trade to the Anaheim Mighty Ducks, where he remained for eight seasons and won his first and only Stanley Cup in 2007. After three seasons in Columbus, and short stints with the Blackhawks and Canucks, Påhlsson returned to Sweden to finish his career after three seasons with MODO, leaving the game with 199 points in 798 career NHL games, also being nominated for the Selke Trophy (best defensive forward) in 2007.

A key anchor of Tre Kronor‘s defensive strategy up front, Påhlsson suited up for four World Championships (1999, 2000, 2004, 2005), as well as the 2004 World Cup of Hockey and Olympic teams in both 2006 and 2010, winning Gold for the former squad at the Turin Games. Påhlsson also retires with a bronze medal from the 1999 Worlds and a silver from the 2004 tournament, finishing just short of membership in the Triple Gold Club.

Påhlsson’s IHLC history began at his first senior tournament for Sweden, winning the IHLC at the 1999 Worlds in Lillehammer, winning the title again at the 2004 and 2005 Championships, as well as at both Olympics he played in, both in 2006 and 2010. We wish Samuel and his family the very best for his retirement and the things to come!