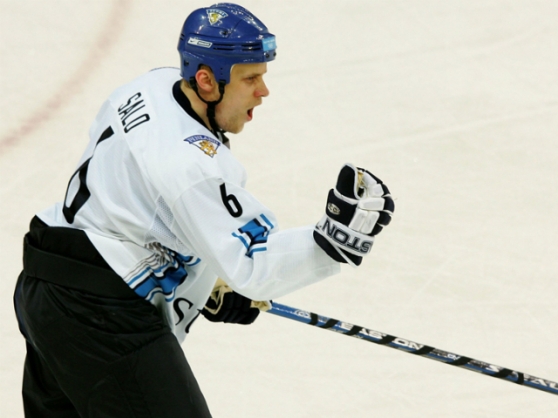 After a nagging wrist injury forced him to sit out the entire 2014-15 NHL season, Sami Salo today officially announced his NHL retirement, after a 15 year NHL career with Ottawa, Vancouver and Tampa Bay, along with stints with Turku, Jokerit and Frölunda in Scandinavia.

Salo, the rough and tumble defenseman sadly known almost as much for his propensity for injury as for his physical play and rocket slap shot, became something of a Canucks folk hero after just three years in Ottawa, anchoring the Canucks defense and leading them to within a game of the Stanley Cup in 2011. Despite all his achievements in his club career, Salo only came away with two titles in fifteen years, the All-Rookie Team in 1999, and winning the Swedish League Championship with Frölunda in 2005, during the NHL lockout.

His real achievements lay with the Leijonat, who Salo as a child dreamed of playing for ahead of the NHL, suiting up seven times for the Finns at two World Championships, four Olympics and the 2004 World Cup of Hockey. Salo, who made his national team debut with a silver medal at the 2001 World Championships, went on to win Silvers at the aforementioned World Cup and 2006 Turin Olympics, along with a pair of Bronzes from the 2010 and 2014 Olympics.

Salo captured his first IHLC in the Group Round of the 2001 World Championships in Germany, winning the title twice more as incumbent IHLC holders leading up to the Vancouver 2010 and Sochi 2014 Games. We wish Sami and his family the very best for his retirement and the things to come!