Vladimir Petrov, the Soviet centreman and IIHF Hall of Famer who, alongside Boris Mikhailov and Valeri Kharlamov, formed one of the most productive and fearsome lines in history, lost his battle with cancer in Moscow at the age of 69.
END_OF_DOCUMENT_TOKEN_TO_BE_REPLACED

The Hockey Hall Of Fame tonight inducted their 2016 Class, inducting four world-class players to their ranks with a number of tremendous international achievements.
END_OF_DOCUMENT_TOKEN_TO_BE_REPLACED

The Hockey Hall Of Fame today announced the newest members that will join as the Class of 2016 on 14 November, with Eric Lindros, Sergei Makarov, Rogatien Vachon and Pat Quinn getting the call, bringing their professional and international accolades (along with their International Hockey Lineal Championship reigns) to the famed Hall in Toronto.
END_OF_DOCUMENT_TOKEN_TO_BE_REPLACED

From time to time, TheIHLC.com will feature detailed recaps and boxscores of some of the most legendary games in international hockey history, considered to be “IHLC Classics.” Today, in honour of Russia Day (and of the upcoming World Cup of Hockey), we look back at the Soviet Union’s convincing victory at the 1981 Canada Cup, their first (and so far only) title in the tournament.

In 1981, it would make no such mistake.
Continue reading →

The International Ice Hockey Federation announced their 2016 Hall Of Fame class, to be inducted during the 2016 World Championships in Russia. The class includes five players and two coaches from six different countries, including two posthumous inductions, that have held a myriad of World Championship, Olympic and World Cup medals, along with a number of International Hockey Lineal Championship titles.
END_OF_DOCUMENT_TOKEN_TO_BE_REPLACED

From time to time, TheIHLC.com will feature detailed recaps and boxscores of some of the most legendary games in international hockey history, considered to be “IHLC Classics.” Today, in honour of the United States’ 239th birthday, we look back at the first ever American Olympic Gold Medal in ice hockey, the original “Miracle on Ice” against the more powerful Soviet Union. 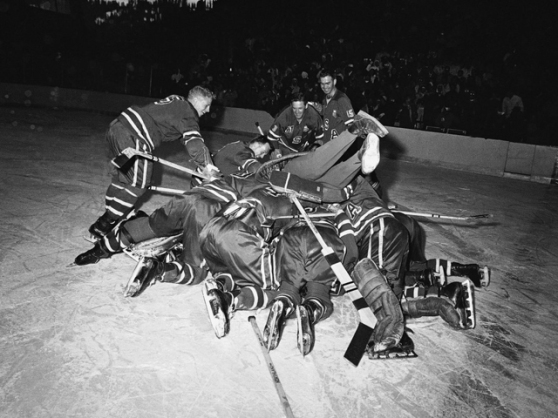 There was no colour television coverage, no announcer using a catch-phrase like “miracle on ice,” no celebration of the extraordinary over and above a remarkable gold medal. But make no mistake—when the United States won Olympic gold in 1960 in Olympic Valley, California, it was a much greater miracle than the one that occurred in Lake Placid 20 years later. In 1980, it was one game—a 4-3 win over the Soviet Union—that defined the American victory. In 1960, the U.S. had to defeat the top four teams in the world to win gold.
Continue reading →

When this site launched, as more and more boxscores (which now number over 700 on this site, and is continually growing) were added, a noticeable trend was noticed among scores featuring teams from the Soviet Union, and the states formed in the former’s dispersal after 1991, such as Russia, Kazakhstan, Ukraine and Belarus. As the sources would vary for where the boxscore information was coming from, so to were different variations and spellings of names from one game to the next: Aleksander to Alexander, Myshkin or Mishkin, Valeri, Valery or Valeriy, and so on.
END_OF_DOCUMENT_TOKEN_TO_BE_REPLACED 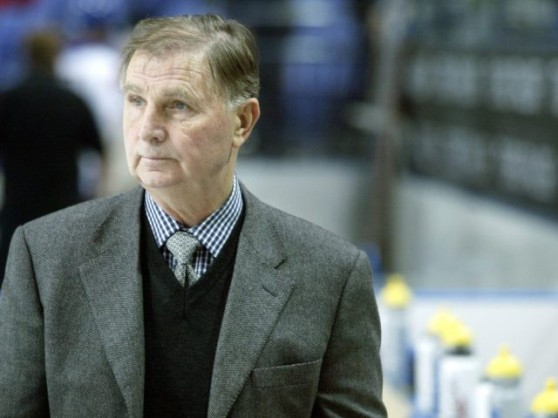 Former Soviet head coach Viktor Tikhonov, who coached the dominant Red Army team from 1977 to 1994, winning eight World Championships, three Olympic Gold Medals and the 1981 Canada Cup, has died in Moscow following a long illness at the age of 84.
END_OF_DOCUMENT_TOKEN_TO_BE_REPLACED 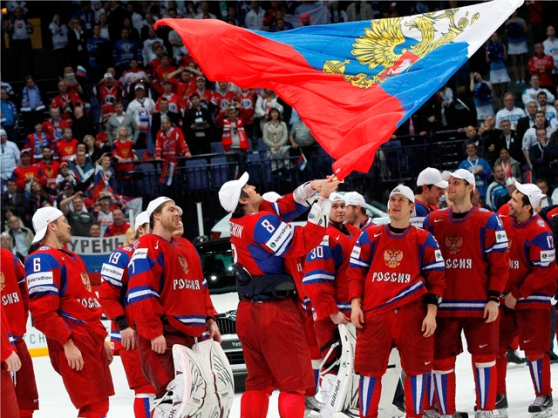 For the all-time leader in men’s IHLC victories, it is remarkable that the Russian team, first playing as the Soviet Union, did not compete for the IHLC until 1954, 49 years after the championship was established. But The Red Machine dominated international hockey for nearly four decades, setting records for IHLC wins, games played, and undefeated streaks, only occasionally being dethroned by the likes of spoilers played by Canada, the United States or Czechoslovakia. Since the dissolution of the Soviet Union, the Russian team that emerged has still played among the best of the IHLC, capturing dozens of IHLC titles since 1991.
END_OF_DOCUMENT_TOKEN_TO_BE_REPLACED 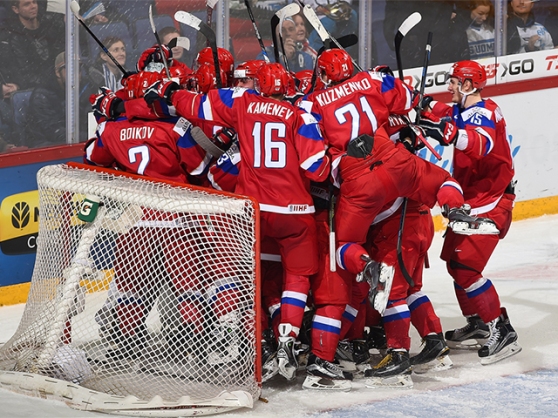 The first junior IHLC champion also leads the all-time rankings in wins and games played, dominating the first decade of junior hockey while turning out the future stars of the game that would dominate international hockey until the dissolution of the Soviet Union. Since becoming an independent nation, Russia is always a threat and medal contender, and continues to post impressive numbers while maintaining their spot atop the IHLC throne.
END_OF_DOCUMENT_TOKEN_TO_BE_REPLACED 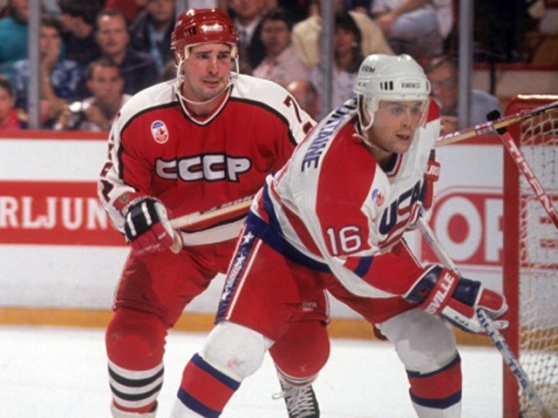 Mats Sundin, only 20 at that time, scored what many consider as the “best goal in the history of the IIHF World Championship” when he single-handedly gave Sweden Gold in 1991 in Turku. But it isn’t only the exceptional end-to-end rush that counts into the overall verdict. The performance capped a season which began with Sundin escaping his country as villain – in what also was the last hockey game ever to be played by the Soviet Union national team at the World Championship.
END_OF_DOCUMENT_TOKEN_TO_BE_REPLACED